What is Vinpocetine good for? How does Vinpocetine work? How much should you take? All these questions are answered here.

Vinpocetine is an alkaloid derived from Vincamine, one of the main parts of the Periwinkle plant (Vinca minor). The periwinkle plant has been planted in gardens for hundreds of years because it produces pleasant purple flowers and was used as a tonic for weariness, mostly caused by advanced age.

Vincamine, the most important alkaloid found in Vinca minor was used to increase cerebral blood flow, but when Vinpocetine was discovered, it was found to be twice as effective as Vincamine and without the side effects. 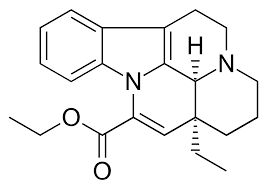 What is Vinpocetine good for?

Vinpocetine has been referred to as a powerful memory enhancer. This could be the result of the many studies and tests done over the last 30 years primarily in Europe. A small study[1] looking at short term memory in 12 healthy female volunteers showed some pretty wild results. The women were shown a string of 1 to 3 digits, and then a moment later a much longer string of digits, and were asked to find the initial string. The placebo group took on average 700 milliseconds, while the group taking Vinpocetine on average were under 450 milliseconds. 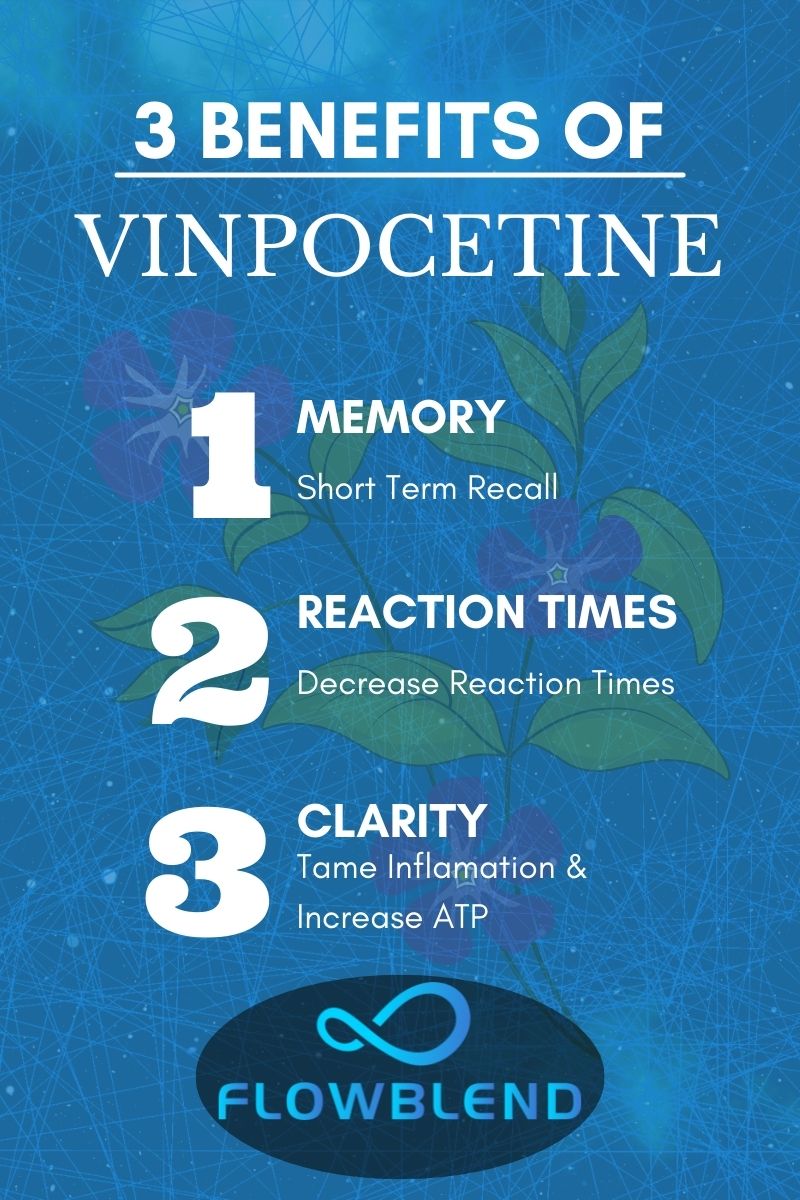 Gedeon Richter, a company based in Hungary sells Vinpocetine labeled as Cavinton. They have funded over 100 different studies on Vinpocetine, and the results are astounding. In one study they took 882 patients with a range of neurological disorders and tested them on memorization. In 62% of the participants significant improvements were recorded. They were given a list of 10 words to memorize, without supplementation of Vinpocetine the average was 6 words memorized, after one month of supplementation, the average was 10 words. (Gedeon Richter product literature. Cavinton)

A randomized double-blind placebo-controlled study[2] out of England with 203 people suffering from problems like dementia were given different dosages of Vinpocetine for 16 weeks. They found statistically significant improvements in both the evaluations of “global improvement” and “Cognitive improvement” scores. Vinpocetine was also superior to the placebo in ratings of “severity of illness.”

How Vinpocetine Acts as a Nootropic

Vinpocetine’s primary function is it stimulates cerebral metabolism by increasing blood flow in the brain, increasing utilization of Glucose and Oxygen. It functions much the same way as Viagra works for men, by dilating the blood vessels of the brain.

The brain absorbs nutrients from the blood, so an increase in blood flow would give the brain more available oxygen and also access to the nutrients available in our blood stream.

As well as stimulating blood flow around the brain, Vinpocetine stimulates ATP production[3]. ATP are like little energy packets running around our brain supplying the power for thought and movement.

Vinpocetine has been shown as a potent anti-inflammatory agent in numerous studies[4]. Inflammation in the brain can cause mental confusion, headaches, sensitivity to light, brain fog, poor focus and the list goes on. Taming inflammation for your brain should be one of the primary focuses of anyone seeking mental energy and clarity. While supplementation is great, working on root causes is even better. Eliminating sugar, exercise, and good sleep are all essential parts of any regimen seeking better health. 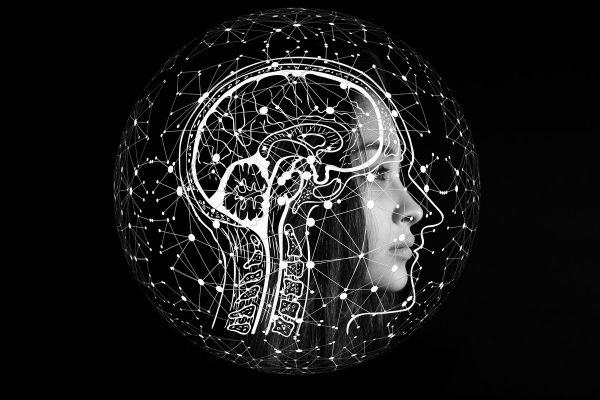 How to take Vinpocetine

Vinpocetine in many of the clinical trials is administered through intravenous methods, basically a needle in the arm. That’s not really available for most of us, so some studies have shown that Vinpocetine has a higher uptake through Sublingual methods[4], [5] in other words taken by dissolving in the mouth, either between the gum and cheek or under the tongue.

How much Vinpocetine should I take?

When looking at Vinpocetine as a Nootropic, we know that with any Nootropic there is always a happy medium for dosage. Most clinical studies have found it not advantageous to take more than about 40 milligrams per day. With most studies concluding that around 30 milligrams a day being a decent dose. As with all Nootropics it is safer to start low and work your way up. Although complaints associated with Vinpocetine (less than 1% reactions) are low, they found that by consistent dosing, negative effects are negated over time. Everyone responds differently, so start low and work up to a dose that works for you.

When taken by mouth, Vinpocetine has a very low negative reaction rate in people. Some studies results were less than 1%. This is also dose dependent which is why we always recommend starting low and working your way up to a reasonable dose. Always consult with your healthcare provider before starting something like Vinpocetine.

PREGNANCY: The FDA warns women against taking Vinpocetine while at childbearing age as it may cause miscarriage or harm fetal development.

IMMUNE SYSTEM: Vinpocetine may weaken the immune system in some people, if you already have a weakened immune system check with your healthcare provider before supplementing.

Any Medications that slow blood clotting like Warfarin (Coumadin) interact with Vinpocetine, and taking the two together could leave the Warfarin in the blood system longer than anticipated leading to bruising or bleeding.

Vinpocetine has shown the possibility of being a powerful Nootropic for impacting memory, reaction times, and cognitive function. Will taking Vinpocetine change your life? Probably not, and as always when seeking to increase mental clarity, learning abilities and memory, the best place to start is with overall health of the body. Supplementing our cognitive function through supplementation is like the dressing we use for the salad.

The main course Salad is like our foundation of life choices, and supplementing with Nootropics is the dressing. You could live on the salad, but not the dressing and neither one would be tasty by themselves, but together they offer a complete meal.

If you choose to try Vinpocetine, talk with your health care provider, make an informed decision, and start small.

*These statements and product have not been evaluated by the FDA. This Product not intended to diagnose, treat, cure, or prevent any disease.